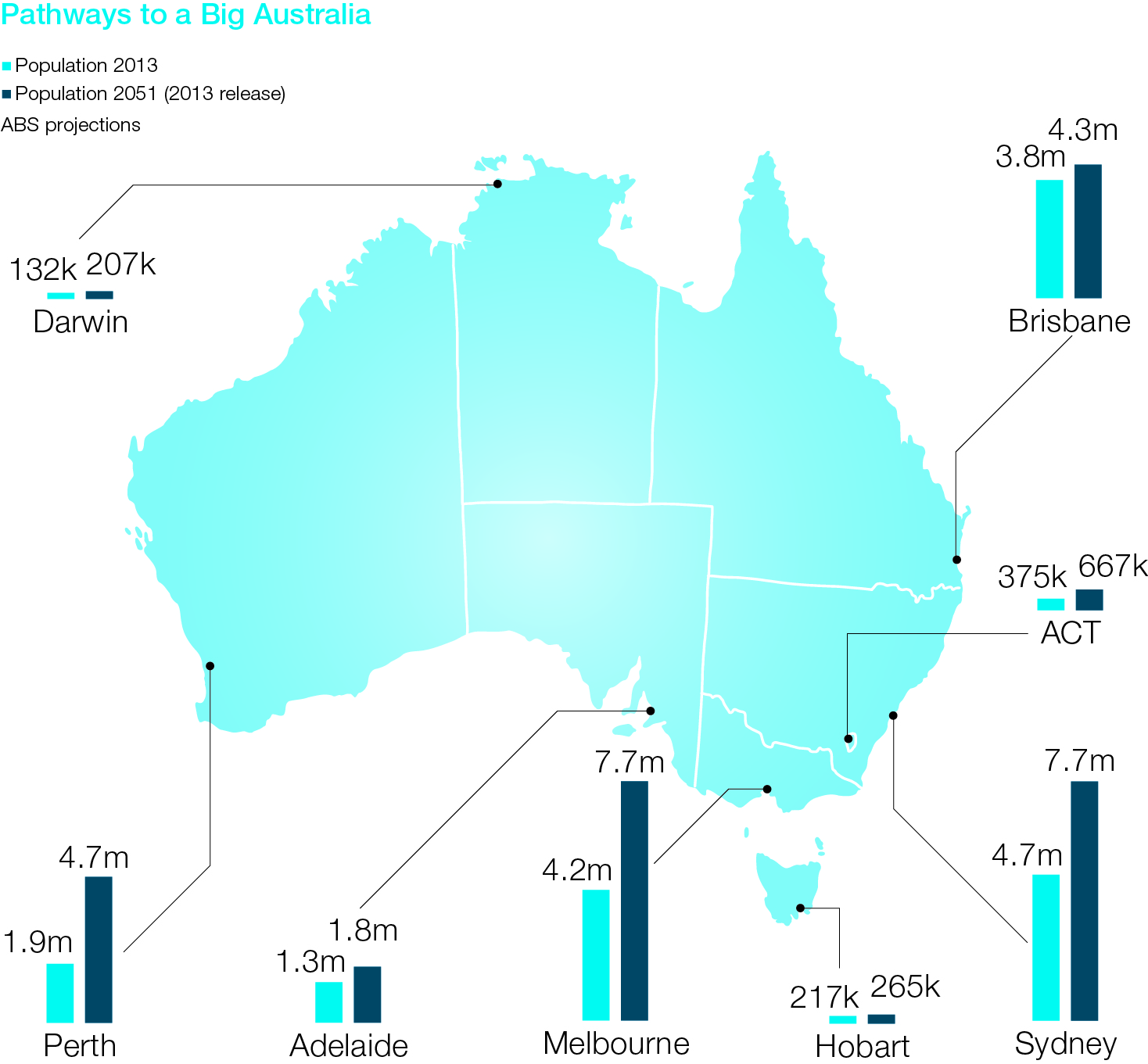 With Australia’s population expected to swell by mid-century and the first wave of baby boomers reaching retirement, building up the nest egg has become more important than ever.[2]

Late boomers, generation X and Y have contributed to their superannuation fund for most of their working lives and are expected to be largely self-funded in retirement from the mid-2020s onwards. However, there is a large gap for the baby boomers retiring now between the superannuation they have and the amount they need for retirement. Either generation X and Y will be forced to support them in the form of more taxes, or Australia will need to import more taxpayers to spread the load.[3]

Each generation has its own financial challenges and strategies vary depending on the stage of life people face.

Age 25–35  With a higher disposable income and less family expenses, this is a good time to accumulate assets.

Age 35–45  Paying down the mortgage and increasing home equity is the focus.

Age 45–55   Now is the time to shift focus to extra contributions to the retirement nest egg.  Debt elimination remains a priority.

Age 55–65   Preservation of investment capital becomes more of a priority in addition to accumulation of capital. The last years of work should be devoted to topping up superannuation contributions.

Whether the retirement age should be lifted to 70 along with compulsory superannuation being increased from 9.25% to 12% are among the policies being explored[4] to cope with a “big Australia”. The Australian Bureau of Statistics recently projected the population would surge to 38 million by 2051.[5]

The future for Big Australia

A chart that featured in a November 30 article in The Australian by demographer Bernard Salt shows two possible pathways beyond 2012. One assumption puts net overseas migration at 140,000 a year and the other at 240,000 a year. The second chart shows the net addition to the retirement population averaged about 40,000 a year between 1950 and 2010. From 2010, more than 100,000 people annually joined the retirement ranks, with the number tipped to rise to 140,000 a year.

Salt argued net overseas migration of 242,000 people a year in the next 40 years could provide the skills and tax required to support the transition of baby boomers into retirement. Government spending across housing, health, infrastructure and pensions will have to increase further to accommodate greater boomer numbers.

Whatever stage you are at in your life, there is never a better time for you to plan your future. Speak to your adviser to see how they can help.

[1] ‘We are at a population tipping point’, 6 December, 2013, The Australian Financial Review, viewed 15 November, 2013 http://www.afr.com/p/opinion/we_are_at_population_tipping_point_UgHzGKQHcuJs2ihM9QR9kI