Taking the risk out of life 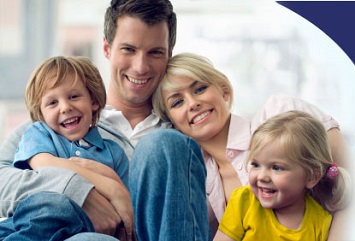 A small mole on his leg seemed innocuous enough to Peter, but with a history of melanoma in his family, he knew to keep an eye on it. A few years passed and the mole started to itch. That was all Peter needed to get to the doctors and have it checked out.

Unfortunately, a biopsy revealed he did indeed have melanoma of just over 1mm thickness on the Breslow scale and it had spread to his lymph nodes.[1] In medical terms, his melanoma was Stage 3A.[2]

Fortunately, on the recommendation of his financial planner, Peter had a suite of life insurance over in place including death cover, TPD, trauma and income protection.

As a 42-year-old father of two young children with a $400,000 mortgage, Peter had responsibilities that made him aware if something should go wrong, then the family might be in trouble financially.

The shock of the melanoma and the subsequent treatment would take its toll on the quality of their family life anyway, but at least with insurance he would not have to worry about their finances on a day-to-day basis; he knew there would still be a regular income coming in, once his sick leave ran out.

After the initial operation to remove the melanoma, Peter went on a course of chemotherapy. It was sufficient to knock him around and he realised the prospect of working for the next few months was minimal.

While Peter had been a little concerned about the price of income protection insurance, the fact that the premiums were fully tax deductible brought down the cost considerably. And now that he was needing to draw on this money, he was grateful that he’d listened to what his planner had said. If he had ignored the advice, then the family would be struggling to make ends meet once his sick leave ran out.

In addition to the income stream from this policy, Peter could also make a claim on his trauma insurance to provide a lump sum. Melanoma was a specified event listed on his trauma policy. This meant that not only could he afford the best medical treatment but, once he was on the road to recovery, the family could go on their dream trip to Disneyland as a means of celebration. And even more importantly, it meant that he could pay off his mortgage. Should things turn for the worse, then at least his wife wouldn’t be saddled with a hefty home loan.

Peter’s vigilance was key to his prognosis and he now had a 50 per cent chance or higher of living for at least another 10 years.[3] Had he not been conscious of the possibility that a small mole could threaten his life down the track, he might have ignored it for longer than he did.

Had this been the case, then he might have found himself in a much worse predicament, both healthwise and financially. Melanomas are responsible for 75 per cent of skin cancer deaths. One in 17 Australians will be diagnosed with melanoma before the age of 85 and more than 1,500 Australians die from melanoma each year.[4]

Melanoma can also be very aggressive and the time from diagnosis to death can happen very quickly.

If the prognosis had not been good, then Peter might have been able to make a claim on his total and permanent disability policy once his health had deteriorated to the point where he could not work ever again, in either his own or any other occupation. Depending on the policy, Peter’s claim on his TPD might have reduced the final payout on his death.

But there would not be a TPD payout in those early months when he was receiving treatment, as the expectation would have been that he might well return to work.  That’s when income protection insurance comes into its own.

With a poor prognosis and no insurance, Peter’s family would have been devastated.

Not only would they have lost their husband and father but they would have probably lost their home too.

Peter was one of the lucky ones, in that he was familiar with his family’s medical history. Not everybody is that fortunate. If you suddenly find yourself faced with a life-threatening illness such as melanoma, then unless you have insurances in place, you could be in trouble. You can’t afford not to have income protection insurance. After all, your ability to earn, particularly when you have a family, debt and responsibilities, is one of the most important things to insure.