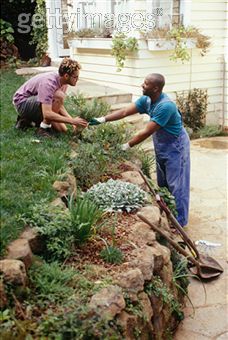 The Federal Government passed landmark legislation at the end of 2008 — legislation designed to remove discrimination against same sex couples and their children.

The social security changes to remove discrimination against same-sex couples took effect on 1 July 2009. Previous to this date, Centrelink didn’t recognise same sex relationships; rather they treated them as two ‘single’ people.

While this is a positive step forward, this recognition has two less beneficial outcomes:

1. Same-sex couples will now be assessed on their combined assets and income,
which could be problematic for those couples where one partner was previously
receiving a benefit based on his or her lower assets or income.

2. Same-sex couples will now receive the couple rate of pension or allowance, which is generally lower than the single rate, reducing the overall entitlement to social security benefits where previously both partners received a full single entitlement.

Bill and Jack have been in a relationship for 15 years – they own a house together, and share everything. However until 1 July 2009, Centrelink treated them as two ‘single’ people with no connection to each other, rather than a ‘couple’.

As their relationship was not recognised prior to 1 July 2009 Bill and Jack had both been assessed as single home owners. In this regard, Bill received the Age Pension but Jack couldn’t get the Age Pension as his income was too high (over the allowable limit).

Bill and Jack notified Centrelink that they were a couple. In this regard, from 1 July 2009 the couple’s income and assets were combined. This meant that Jack would now be eligible for a small Age Pension. However Bill’s Age Pension rate was reduced significantly due to their combined income (and being on a ‘couple’ rate).

While their Centrelink income has reduced, on the positive side, they are both now entitled to the Pensioner Concession Cards, which allows them be entitled to concessions such as cheaper pharmaceuticals.

Note, people were expected to notify Centrelink prior to 1 July 2009 of their partner status. Centrelink have indicated, failure to make such a declaration may result in the requirement to repay any overpayment and potentially harsher fines and penalties.

While it might seem unfair that Bill and Jack’s pension payments change, from 1 July 2009 same-sex couples and their families will receive the same rate of social security and family assistance payments as opposite-sex couples and families. This includes access to bereavement benefits and partner concession cards, which were previously unavailable.

You should seek help from a Certified Financial Planner knowledgeable in the area of superannuation, GLBTI and same sex legislation changes to ensure your financial situation is in order.